Their Eyes Were Opened

A Biblical Study for the Easter Season 2016

Based on the Gospel of Luke

Click for Introduction to the study and previous week links.

The Fourth Week of Easter (April 17) 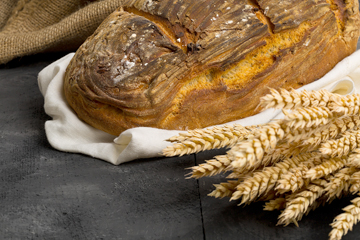 I. LISTEN to the audio interview or read the transcript. The interview is based on these verses from today’s scriptural passage: “When he was at the table with them, he took bread, blessed and broke it, and gave it to them. Then their eyes were opened, and they recognized him; and he vanished from their sight” (Luke 24:30-32).

The interview reflection:  Tell a story about a powerful encounter with Christ in the Eucharist.

Listen to an interview with the Rev. Patricia Riggins

Or read the transcript in PDF format. Maundy Thursday Blessing

Luke 24:28-32 As they came near the village to which they were going, he walked ahead as if he were going on. 29 But they urged him strongly, saying, “Stay with us, because it is almost evening and the day is now nearly over.” So he went in to stay with them. 30 When he was at the table with them, he took bread, blessed and broke it, and gave it to them. 31 Then their eyes were opened, and they recognized him; and he vanished from their sight. 32 They said to each other, “Were not our hearts burning within us while he was talking to us on the road, while he was opening the scriptures to us?”

Commentary on the Passage by the Rev. Dr. John Lewis:
In taking the bread, blessing it, breaking it, and giving it to the disciples gathered at Emmaus, the stranger in the midst of these disciples repeats the identical pattern of action that Jesus followed at the feeding of the five thousand (Luke 9:16) and the Last Supper (Luke 22:19). Yet, when their eyes are opened to these similarities, the disciples at Emmaus do not literally see Jesus. Instead, the text says they simply “recognize” him in the actions of the stranger who has joined them and is repeating the very same pattern Jesus enacted at the two earlier feeding events.

In a manner similar to that of the women at the tomb in Luke 24:1-13, a story we examined during the second week after Easter, these men only come to understand their present experience as an encounter with the risen Lord by virtue of recalling specific actions Jesus took earlier in his earthly life. In the case of the women, it was his earlier words that provided the framework for the meaning of their present experience. Here, in today’s narrative, it is the stranger’s pattern of taking, blessing, breaking and giving out the bread that allows the disciples to recognize the presence of the risen Jesus carrying out this same pattern of action yet again.

III. RESPOND to the following questions: